From zero tolerance to decriminalisation, Thailand’s recent u-turn on its cannabis laws is lighting up a billion-dollar industry. Officially it’s for medicinal use but the legal grey area means ‘ganja’ lovers are celebrating. Subscribe: https://ab.co/3yqPOZ5

It’s the country which gave us the words ‘bong’ and ‘ganja’.

In Thailand, cannabis has been used for centuries in traditional medicine.

But when the US launched its ‘war on drugs’ in the 1970s, Thailand became a key partner, placing cannabis on the narcotics list and toughening penalties against it.

This June, the country took it off that list, meaning cannabis sellers and recreational users no longer risked jail for selling or possessing cannabis.

In tourist hotspots, a ‘ganja-culture’ is fast taking hold. In Bangkok’s Khao San Road nightspot, it seems easier to buy a joint than a Pad Thai.

And it’s party time for tourists at the famous full moon party at Koh Phangan in the country’s southeast.

‘Wherever you go now, it’s Amsterdam again in Asia’, says an Italian tourist at the party.

As Australia reignites on its own debate about legalising cannabis, Southeast Asia correspondent Mazoe Ford travels around Thailand to meet the new crop of ‘ganja-preneurs’ cashing in on the green rush.

In Bangkok, Kitty Chopaka, a shop owner selling cannabis products and a leading advocate of decriminalisation, is still pinching herself.

‘I never thought in my lifetime that this would actually happen…But at the same time I knew it has to be done.’

In the southern island of Samui, resort owner Carl Lamb reckons the liberalisation of the laws is attracting overseas tourists.

‘You can really feel it’s reinvigorated the market. There’s a new energy here.’

Ford also hitches a ride on the private jet of the politician behind the policy – Deputy Prime Minister and Public Health Minister Anutin Charnvirakul.

He takes us to Thailand’s east to spruik the medicinal cannabis industry which the government hopes will become a billion-dollar industry.

‘It turned out that majority of my voters chose to vote for my party… some people even called my party (the) “Cannabis Party”’, he tells Ford.

But not everyone welcomes the change. More than a thousand doctors have warned that the drug was delisted before proper safeguards and regulations were in place.

‘We don’t want to be the cannabis haven of the world’, say Doctor Chanchai Sittipunt from Chulalongkorn University’s Faculty of Medicine.

But Kitty Chopaka says going back isn’t possible – the genie is out of the bottle.

‘That bottle is broken. It’s gone!’

About Foreign Correspondent:
Foreign Correspondent is the prime-time international public affairs program on Australia’s national broadcaster, ABC-TV. We produce half-hour duration in-depth reports for broadcast across the ABC’s television channels and digital platforms. Since 1992, our teams have journeyed to more than 170 countries to report on war, natural calamity and social and political upheaval – through the eyes of the people at the heart of it all.

Contributions may be removed if they violate ABC’s Online Terms of Use http://www.abc.net.au/conditions.htm (Section 3). This is an official Australian Broadcasting Corporation YouTube channel 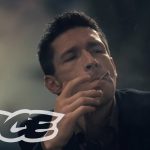 Meet the Guy who Gets Paid to Smoke Weed 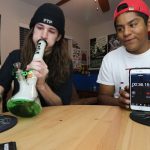 SMOKING A GRAM OF WEED IN 40 SECONDS 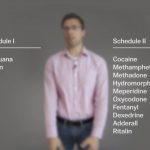 Weed is not more dangerous than alcohol