The legal status of cannabis has been in question in the U.S. since people starting regularly smoking it in the early 1900s. The debate continues today, with Attorney General Jeff Sessions taking a firm stance against legalization and insisting that federal prohibition laws be enforced, even where states have made it legal. But how did it become illegal in the first place? As it turns out, it has some roots in racist rhetoric pushed by politicians and the media in the 1930s, when it first became illegal.

Business Insider is the fastest growing business news site in the US. Our mission: to tell you all you need to know about the big world around you. The BI Video team focuses on technology, strategy and science with an emphasis on unique storytelling and data that appeals to the next generation of leaders – the digital generation. 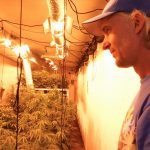 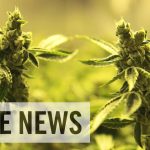 Inside America’s Billion-Dollar Weed Business: The Grass is Greener

How People Make It In the Legal Weed Business